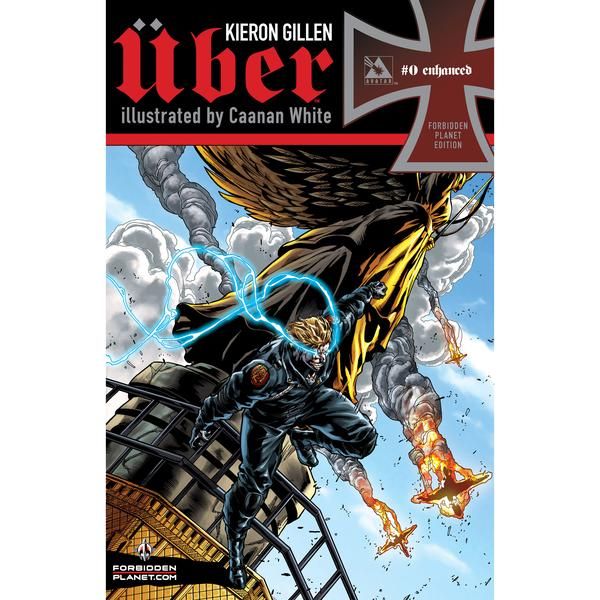 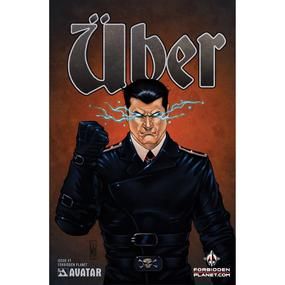 Forbidden Planet are delighted to bring you a signing for our LIMITED EDIION VARIANTS OF UBER #0 and UBER #1 by writer Kieron Gillen! Join Kieron at the London Megastore, 179 Shaftesbury Avenue, WC2H 8JR, on Saturday 11th May 1 - 2pm!

Uber #0. 1945. Germany is in ruins. The war in the west can only be days away from ending. Threats of "wunderwaffen" to be unleashed by the dying Reich have become laughable. There are no miracle weapons here. It's over. It has to be over. It's not. There's been stories which have mixed enhanced humans and World War 2 before. There's never been one like this. See super beings in a whole new light as Gillen presents an epic new series that not only rewrites history, it redefines the genre. From the jaws of defeat, the Nazi war machine is resurrected by walking battleship superhuman soldiers who turn the tide of World War II.

In Uber #1, Super soldiers now turn the machinations of the Twentieth Century's greatest madman into reality. The Ubers are here and the world will tremble at their feet. But a deeply entrenched spy could be the difference in seeing the world remade in the Nazi vision and the Allies finding a way to stem the tide. In this new, ongoing comics series, Superstar writer Kieron Gillen (Invincible Iron Man, Uncanny X-Men) delivers a brutal alternate timeline tale of super humans first appearing during WW2