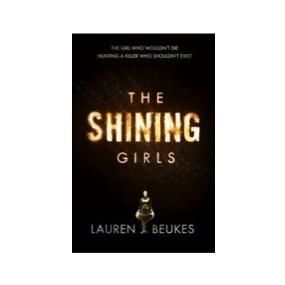 From the winner of last year’s Arthur. C. Clarke award comes a masterpiece of thriller writing, quite unlike anything else in tone and conception. It is 1931 and Harper, a violent down-and-out is living a hand-to-mouth existence in the shanty town of Hooverville, Chicago. After a murder, he’s hounded out of Hooverville by a vigilante group and find refuge in a mysterious house. To the outside world, this looks like an uninhabitable wreck, but inside it is something quite different. It gives him access to different times and also offers him a vision – of his ‘shining girls’, women across time who are to become his murder victims. He visits them as children, then as teenagers, then as adults, when he will kill them and leave anachronistic clues on their bodies.

Lauren Beukes ’The Shining Girls was the big book at Frankfurt 2011. Bought at a hard fought auction Lauren comes trailing a cloud of glory. Her second novel ZOO CITY won the Arthur C Clarke Award in 2011 was shortlisted for several other awards and was listed as one of the Guardian’s top 10 African Books.