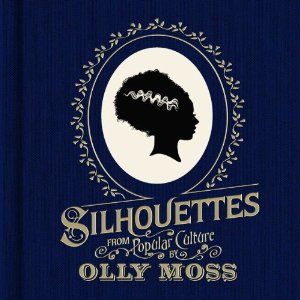 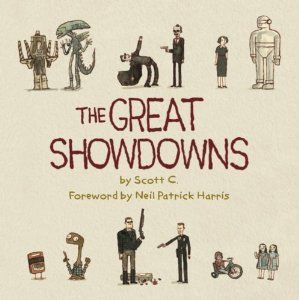 Forbidden Planet are delighted to bring you a fantastic double signing! Olly Moss and Scott C will be at the London Megastore, 179 Shaftesbury Avenue, WC2H 8JR, on Thursday 8th November from 6 – 7pm!

Olly Moss has quickly become “one of the most in demand and influential pop culture artists in the world today” (Slashfilm). Silhouettes from Popular Culture is his eagerly-awaited first book, collecting the striking and playful work of the influential British artist.

Scott C’s The Great Showdowns collect the most memorable moments of melee, interpreted by Scott in his inimitable style, including Han vs Greedo, Chief Brody vs Jaws, Die Hard’s John McClane vs broken glass, Ripley vs the Alien Queen and even Spinal Tap vs an undersized model of Stonehenge. The Great Showdowns showcases the series first exhibited at LA’s famous pop-culture Gallery 1988 in 2011.