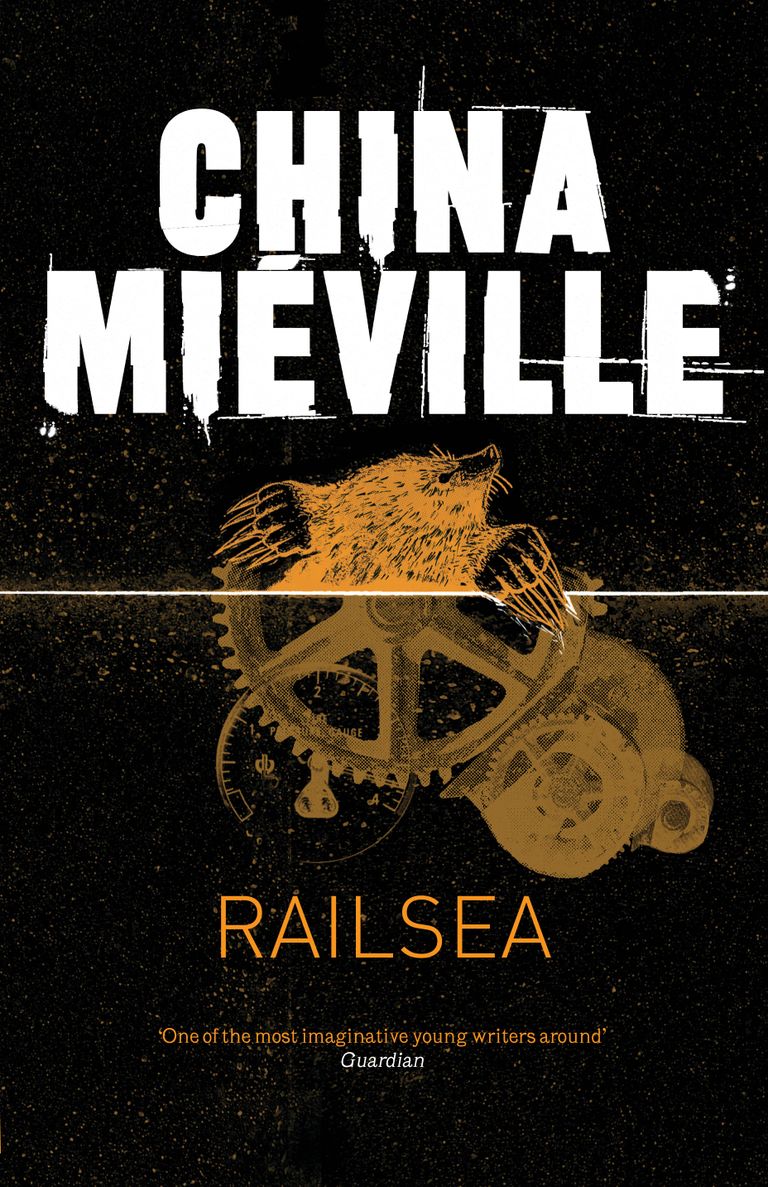 CHINA MIÉVILLE will be signing RAILSEA (Tor) at the Forbidden Planet London Megastore on Wednesday 23rd May from 6 – 7pm.

On board the moletrain Medes, Sham Yes ap Soorap watches in awe as he witnesses his first moldywarpe hunt.

The giant mole bursting from the earth, the harpoonists targeting their prey, the battle resulting in one’s death and the other’s glory are extraordinary. But no matter how spectacular it is, travelling the endless rails of the railsea, Sham can't shake the sense that there is more to life. Even if his philosophy-seeking captain can think only of the hunt for the ivory-coloured mole she’s been chasing – ever since it took her arm all those years ago.

When they come across a wrecked train, at first it's a welcome distraction. But the impossible salvage Sham finds in the derelict leads to considerably more than he'd bargained for. Soon he's hunted on all sides: by pirates, trainsfolk, monsters and salvage-scrabblers. And it might not be just Sham's life that's about to change. It could be the whole of the railsea.

China Miéville lives and works in London. He is three-time winner of the prestigious Arthur C. Clarke Award and has also won the British Fantasy Award twice. The City & The City, an existential thriller, was published to dazzling critical acclaim and drew comparison with the works of Kafka and Orwell and Philip K. Dick. His previous novel, Embassytown, was a widely-praised foray into science fiction.