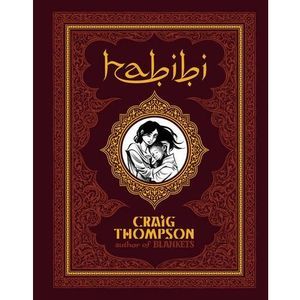 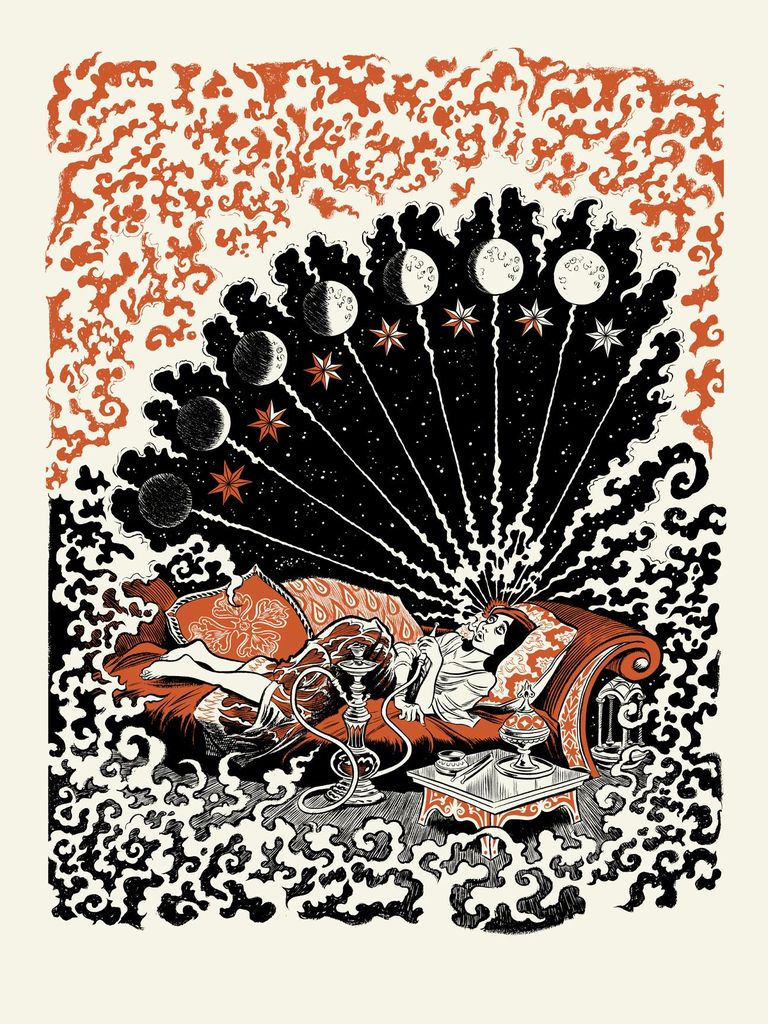 COME DOWN TO THE SIGNING AND WIN A SIGNED, NUMBERED HABIBI PRINT!

Habibi, based on a Middle Eastern fable, tells the story of Dodola, who escapes being sold into slavery and rescues an abandoned baby she names Zam.

They live in isolation in an old boat in the desert. As they age their relationship shifts from mother and son, to brother and sister and eventually lovers. In the meantime however Dodola is forced to prostitute herself to desert traders in order to provide for Zam. When he seeks an alternative means of income Dodola is captured by the Sultan and Zam is forced into a quest to try and rescue her.

Set in the place where Christianity and Islam began, it explores the fundamental connection between these religions, and also the relationship between the first and the third world and the increasingly important battle for the earth's resources. Ambitious, but always deeply felt, Habibi is a beautifully drawn and moving graphic novel that has had a huge amount of attention.