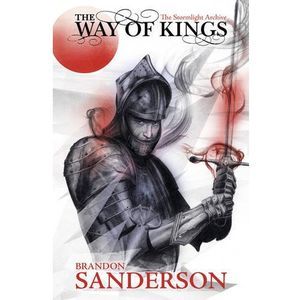 Brandon Sanderson will be signing The Way of Kings Parts I and II at the Forbidden Planet Megastore, 179 Shaftesbury Avenue, London, WC2H 8JR, on Saturday 4th June 1 – 2pm.

Mankind used to live in The Tranquiline Halls. Heaven. But then the Voidbringers assaulted and captured heaven, casting out God and men. Men took root on Roshar, the world of storms. And the Voidbringers came against man ten thousand times.

Or so the legends say. Today, the only remnants of those supposed battles are the Shardblades, the possession of which makes a man nearly invincible on the battlefield. Kings strive to win more Shardblades, each secretly wishing to be the one who will finally unite all of mankind under a single throne. On a world scoured down to the rock by terrifying hurricanes that blow through every few day a young spearman forced into the army of a Shardbearer, led to war against an enemy he doesn't understand and doesn't really want to fight.

Brandon Sanderson was born in Nebraska in 1975. Since then he has written the Mistborn series, amongst others, become a New York Times bestselling author and been appointed by Robert Jordan's estate to complete Jordan's Wheel of Times. He lives in Utah.