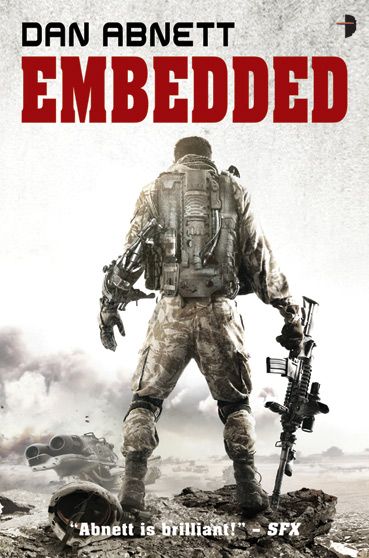 Many apologies but this event has now been cancelled. We will be rescheduling as soon as possible.

The colony planet of Eighty-Six looks as dull as all its fellow new worlds to veteran journalist Lex Falk, but when a local squabble starts to turn violent, and the media start getting the runaround from the military high command, his interest is seriously piqued. Forbidden from approaching the battlezone, he gets himself chipped inside the head of a combat veteran – and uncovers the story of a lifetime. When the soldier is killed, however, Falk must use all his resourcefulness to get back home again… and blow the lid off the whole damn thing.

Dan lives and works in Maidstone, Kent. He has laudable pile of comic titles to his credit, including work for both Marvel and DC; he’s also been one of 2000AD’s most prolific writers and responsible for one of the longest running strips of the last decade, Sinister Dexter. More recently, he’s the Black Library’s leading author, writer of several of the enormously successful Horus Heresy series including Horus Rising and Prospero Burns. Embedded is his second standalone novel for Angry Robot Books.