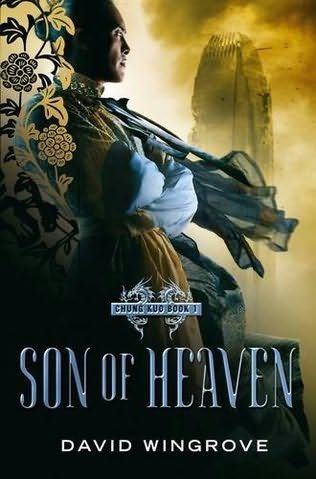 The year is 2085, two decades after the great economic collapse. It’s power broken and it’s cities ruined, the West continues in scattered communities. In rural Dorset, Jake Reed lives with his 14-year old son, haunted by memories. Back in ’43, Jake was a rich young futures broker, immersed in the datascape of the world’s financial markets. He saw what was coming – and was one of the few to escape. For 22 years, he’s lived in fear of the future – and now it’s coming towards him. Chinese airships are in the skies and a strange glacial structure is dominating the horizon. A civil war looms – and Jake will find himself at the heart of the struggle for the future.

Born in London in 1954, David Wingrove gave up a career in banking to return to college, graduating with a First Class Honours Degree in English and American Literature. Whilst working on his Doctorate, he set about he daunting task of researching and creating the CHUNGKUO series. He lives in North London, where he’s working on a new time travel trilogy.