Amulet of Samarkand Event at Forbidden Planet
Thursday 24 February 2011 from 18:00 to 19:00 at our London Megastore 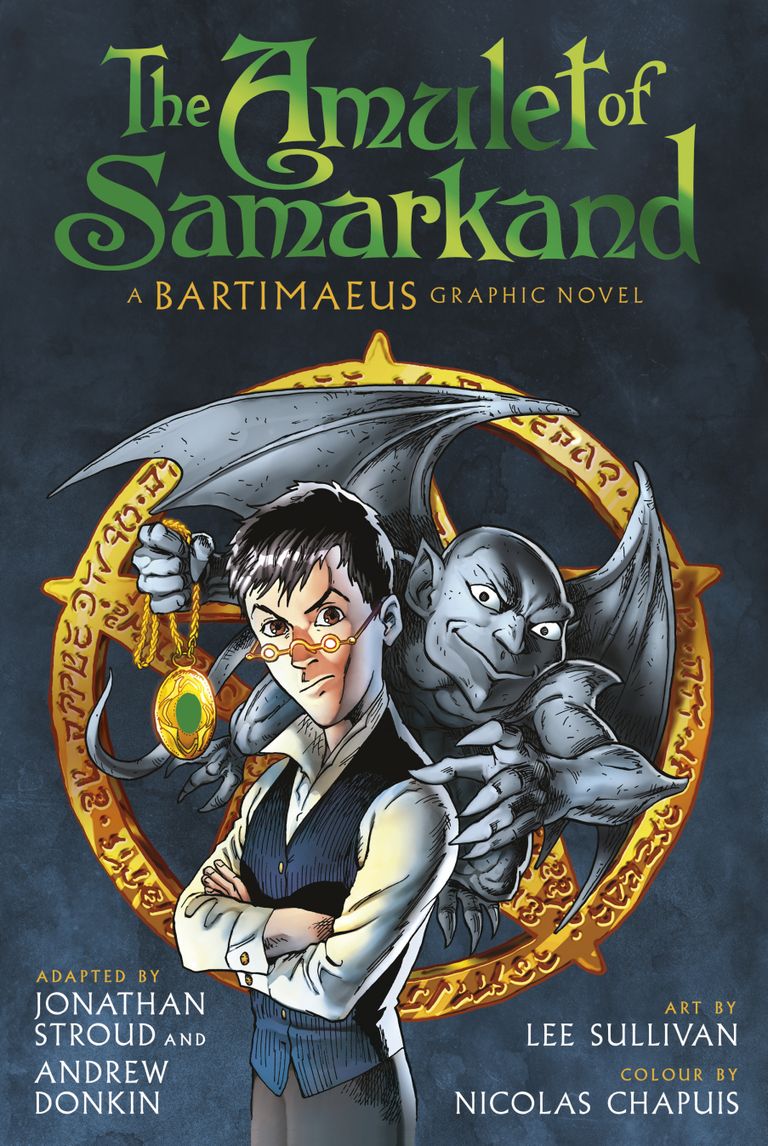 Forbidden Planet is pleased to announce a signing and Q&A by Jonathan Stroud and Andrew Donkin, plus live art by Lee Sullivan, all for the gorgeous graphic novel The Amulet of Samarkand at the Forbidden Planet Megastore, 179 Shaftesbury Avenue, London, WC2H 8JR, on Thursday 24th February 6 – 7pm.

Meet the authors and the artist who have brought this electrifying tale of to life as a full-colour graphic novel.

Set in a modern-day London controlled by magicians, an irresistible plot is woven through sharp dialogue and stunning new artwork. Nathaniel, a young magician’s apprentice, has revenge on his mind. Desperate to defy his master and take on more challenging spells, he secretly summons the 5000-year-old djinni, Bartimaeus. Against his will, Bartimaeus is packed off to steal the powerful Amulet of Samarkand from Simon Lovelace, a master magician of unrivalled ruthlessness and ambition. Before long, both djinni and apprentice are caught up in a terrifying flood of magical intrigue, leading to a thrilling and hilarious adventure.

Jonathan Stroud is the author of the Bartimaeus trilogy, and the prequel, The Ring of Solomon, which have now sold over 6 million copies worldwide. Andrew Donkin has written more than sixty books for children and adults, and he has co-written the graphic novel adaptations of Eoin Colfer’s Artemis Fowl and Artemis Fowl: The Arctic Incident. Comic book artist and book illustrator Lee Sullivan’s work includes comics Transformers, Judge Dredd and Doctor Who.