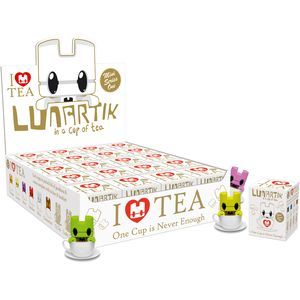 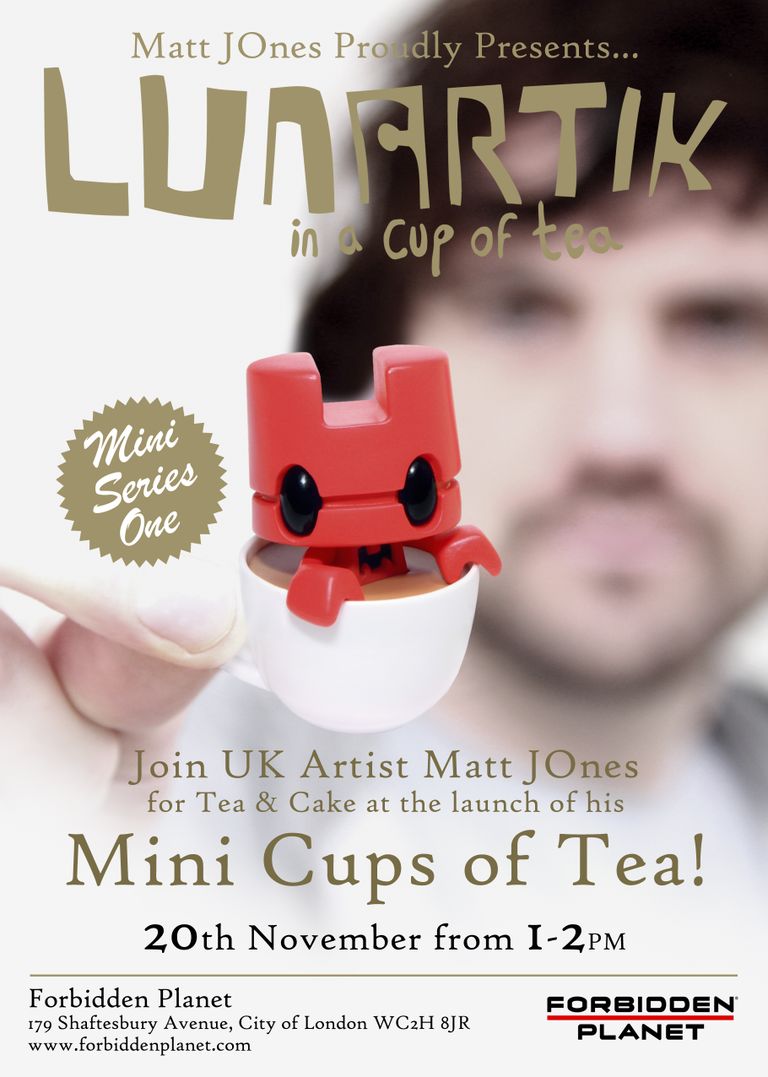 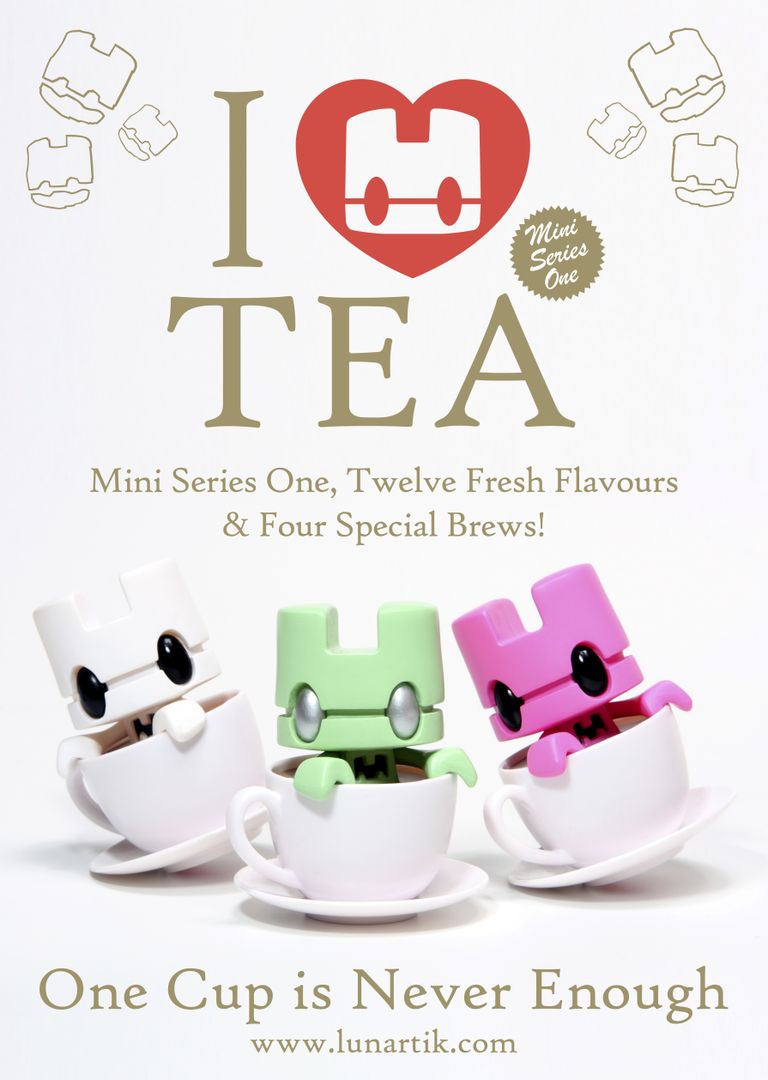 HAVE A CUP OF TEA!

Matt JOnes’ debut figure, Lunartik In A Cup Of Tea, was an instant and refreshing success to the UK art toy world; Lunartik was the base design for the gorgeous Custom Tea Tour involving such artists as Pete Fowler and Jon Burgerman, which also made its debut at Forbidden Planet. Now, Matt JOnes brings us his first set of blind-boxed mini collectibles, including 12 fresh favours and four hidden special brews!

And from 1pm on Saturday 20th November, Matt ‘Lunartik’ JOnes will be in our store to make you a cup of tea – as only he knows how – along with beautiful cakes supplied by Hidden Crumbs - http://www.hiddenrocket.com/hidden-crumbs/

Matt JOnes is also the designer of the 3D version of our famous ‘rocket’ brand, originally created by Rian Hughes.

Forbidden Planet has always been on the forefront of the art toy sensation in the UK, hosting events with Tara McPherson, Jon Burgerman, Pete Fowler and James Jarvis as well as being the only UK venue on the Custom Bart Qee Tour in 2007 and raising money for the Alzheimer’s Research Trust with the MonQee Project, as supported by Terry Pratchett and Toy2R.