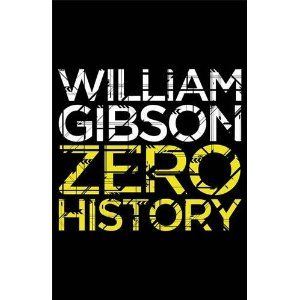 Forbidden Planet is pleased to announce a signing by William Gibson. He will be signing his new novel ZERO HISTORY at the Forbidden Planet Megastore, 179 Shaftesbury Avenue, London, WC2H 8JR, on Saturday 9th October from 1 – 2pm.

Former rock singer Hollis Henry has lost a lot of money in the crash, which means she can't turn down the offer of a job from Hubertus Bigend, sinister Belgian proprietor of mysterious ad agency Blue Ant. Milgrim is working for Bigend too. Bigend admires the ex-addict's linguistic skills and street knowledge so much that he's even paid for his costly rehab. So together Hollis and Milgrim are at the front line of Bigend's attempts to get a slice of the military budget, and they gradually realize he has some very dangerous competitors. Which is not a great thought when you don't much trust your boss either.

William Gibson first novel Neuromancer sold more than six million copies worldwide. In an earlier short story, Gibson had coined the phrase 'cyberspace', and he developed the concept in the novel, creating an iconography for the Information Age long before widespread use of the Internet. Count Zero and Mona Lisa Overdrive completed his first trilogy. He has since written six further novels, moving gradually away from science fiction and futuristic work, instead writing about the strange contemporary world we inhabit. His most recent novels are Pattern Recognition and Spook Country, both available in Penguin. He was born in South Carolina but has lived in Vancouver, Canada for many years.