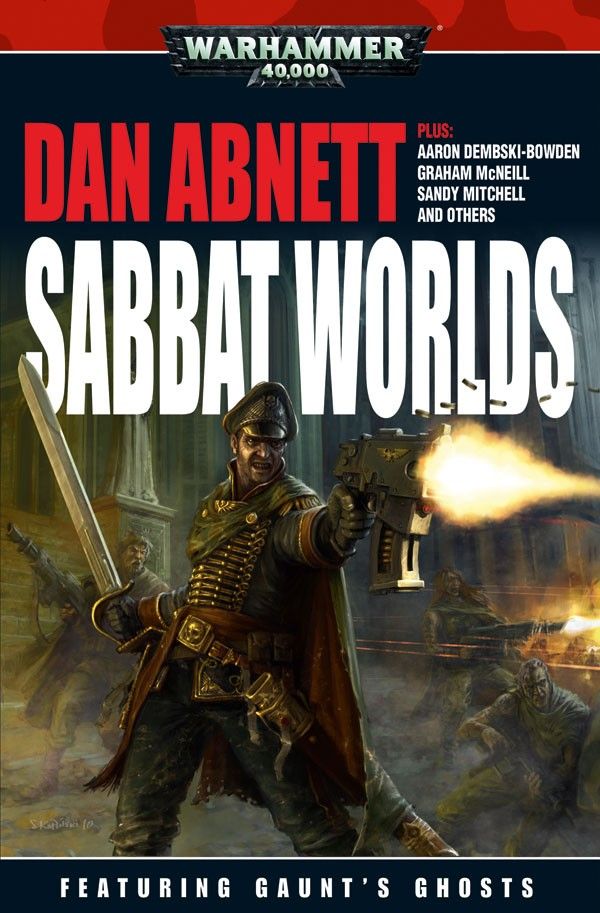 FORBIDDEN PLANET is being invaded!

Grab a special PRE-PUBLICATION release of the Black Library’s SABBAT WORLDS ANTHOLOGY, at 6pm on Thursday September 9th, Forbidden Planet 179 Shaftesbury Avenue, London - and get it signed by: -

This is one of trademark free-form signings – no tables, no queues – allowing our customers to meet and chat to their favourite authors in a friendly and welcoming atmosphere. It’s ideal for media, bloggers and fans alike to come down with their friends and make an evening out of an event.

SABBAT WORLDS, featuring Dan Abnett’s GAUNT’S GHOSTS tells new stories of the bitter conflict across the Sabbat Worlds, the conflict that can only end in victory or annihilation. The innumerable forces of the Arch enemy attack without mercy, and planet after planet burns with the flames of war. Yet even amidst this nightmare, the Imperial Guard stand stoic against their foes. The Phantine Air Corps battle the enemies of mankind across burning skies, while the Gereon resistance tries to break the foothold of Chaos on their beleaguered world and the legendary Gaunt’s Ghosts fight in the most violent and bloody of warzones. This anthology opens the gateway to the Sabbat Worlds like never before!

And a wealth of other Black Library titles!