Doctor Who Authors at Forbidden Planet 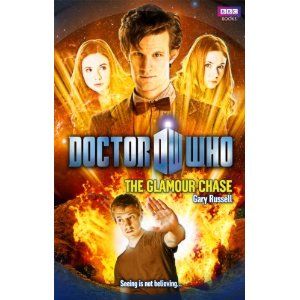 Bringing down the barriers of Space Time - FORBIDDEN PLANET are delighted to be hosting a triple DOCTOR WHO signing with Una McCormack, Gary Russell and Oli Smith on Saturday 17th July 1- 2pm at the Forbidden Planet Megastore, 179 Shaftesbury Avenue, London WC2H 8JR.

In McCormack’s The King’s Dragon, the Doctor and Amy discover a city of secrets. In dark corners, strange creatures are stirring. At the heart of the hall, a great metal dragon oozes gold. When the battle begins only the Doctor can save the city from being destroyed in the crossfire of an ancient civil war.

In Russell’s Glamour Chase, it’s 1936 and an archaeological dig unearths relics of another time – and another planet. But if Enola Porter, noted adventuress, has really found evidence of an alien civilisation, howcome she isn’t famous? Howcome Amy’s never heard of her? Come to that, since she’s been travelling with him for a while now, how come Amy’s never even heard of the Doctor?

In Smith’s Nuclear Time, Doctor and Amy arrive in Appletown, Colorado, 1978 – where the arrival of a mad scientist heralds death falling from the sky. The Doctor is trapped, the TARDIS is damaged, and Amy is being hunted through the streets of the Doctor’s own future. He must unravel the secrets of Appletown before time runs out…