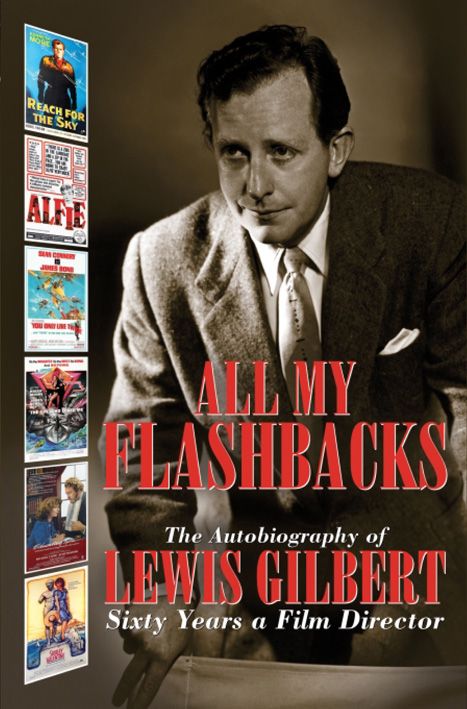 Reach for the Sky, Carve Her Name With Pride, Sink the Bismarck!, Alfie, You Only Live Twice, The Spy Who Loved Me, Moonraker, Educating Rita, Shirley Valentine ... a remarkably varied collection of subjects and just some of the films directed by Lewis Gilbert during the course of seven decades in the industry.

In All My Flashbacks Lewis Gilbert recalls his tragic childhood as a music hall entertainer, his traumatic wartime service in the RAF and ultimately one of the most distinguished careers in British cinema. Along the way he describes working with such diverse personalities as Laurence Olivier, Alfred Hitchcock, Michael Caine, Sean Connery, Roger Moore and Liza Minnelli.

Lewis Gilbert was born in 1920 and began his career as a director while attached to the US Army Air Corps in the Second World War. He went on to direct over 40 films, including three James Bond movies and such classics as Sink the Bismarck! and Shirley Valentine. Also a prolific writer and producer, Gilbert’s numerous awards include two BAFTAs (Reach for the Sky and Educating Rita) and a Golden Globe (Friends). His 1966 movie Alfie was nominated for numerous Academy Awards.