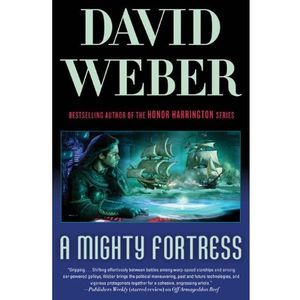 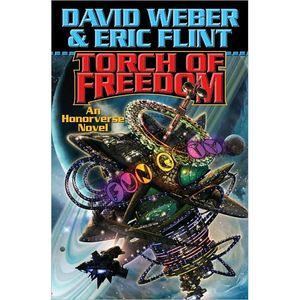 UPDATE: We will be giving away a FREE advance copy of the next Honor Harrington book, 'Mission Of Honor', with every copy of 'Torch Of Freedom' or 'A Mighty Fortress' bought on the day or via mail order!

David Weber is one of the greats of space opera and military science fiction. An American author and a rare visitor to the UK, he’s noted for his consistent and rationally explained technology and society – even when dealing with the fantasy genre.

Often compared to C.S Forester, he’s also known for his gender-neutral military – and for frequently placing female leading characters in traditionally male roles. Previously the owner of a small advertising and public relations agency, Weber now writes science fiction full time - and is the recipient of the sort of critical praise once reserved for a Heinlein or an Asimov.

His novels range from epic fantasy - Oath of Swords, The War God's Own - to breathtaking space opera - Path of the Fury, The Armageddon Inheritance - to military science fiction with in-depth characterisation and his novel Ashes of Victory made it to the New York Times bestsellers list.

Please note: Only one copy of 'Mission Of Honor' per customer. While stocks last.