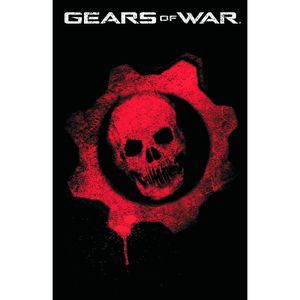 Top comics artist and writer LIAM SHARP will be signing the graphic novel of Gears of War at the Forbidden Planet London Megastore on Thursday 10th December 6 – 7pm.

Artist, writer, publisher and some-time rocker frontman, Liam’s career spans from the solid roots of 2000AD through the hallowed halls of Marvel and Wildstorm and into designing a Heavy Metal magazine strip for Playboy model Tiffany Taylor. In 2004, he set up his own publishing company, Mam Tor, and rapidly expanded the brand into the independent comic market – including the publication of the award-winning Mam Tor: Event Horizon.

Now working for DC, Liam has provided the illustrations for the game-based Gears of War graphic novel that tells the story of Marcus Fenix’s Delta Squad… and what really happened between the Lightmass bombing and the opening of the second game.

He has also written and published God Killers, a powerfully visual collection of novellas and short stories dealing with an epic, time-travelling hero and building to a cataclysmic finale of emptiness, nothing and ‘vile space’.