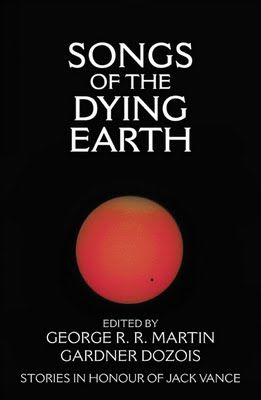 New York Times best-selling author and winner of multiple awards, George R R Martin is a Journalism graduate, a conscientious objector, a teacher and a director of chess tournaments. He became a full-time writer in 1979, signed on as a story editor for Twilight Zone at CBS in 1986 and then moved onto being Co-Supervising Producer for Beauty and the Beast. Best-known and loved for his tremendous epic A Song of Ice and Fire, he’s also written many other novels and short stories.

Songs of the Dying Earth is an all-star 'tribute album' by some of the biggest names in modern SF and Fantasy, featuring twenty-three stories set in Jack Vance’s vivid Dying Earth setting. The Sun has grown old, bloated and red and is about to go out; humanity, now capable of magic, shares the much-changed Earth with hostile races. This multi-author voyage of discovery is edited by George R R Martin and Gardner Dozios; within it, Martin delivers a dark and horrific story that invokes his background as a horror writer.