Robert V S Redick - The Rats and the Ruling Sea 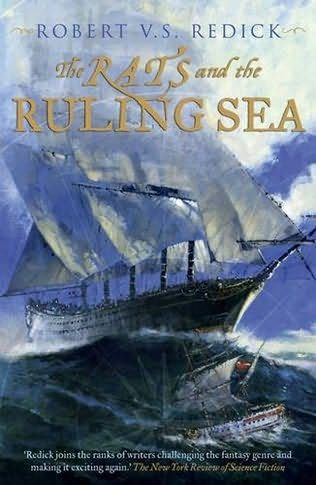 Beginning where The Red Wolf Conspiracy ended, The Rats and the Ruling Sea focuses on the giant ancient ship, the Chathrand, now braving brave the terrors of the uncharted seas; the massive storms and the ship-swallowing whirlpools as she explores lands forgotten by the Northern world, all the time involved in a vicious running battle with a ship half her size but nearly her match. Explore labyrinthine plots and betrayals, learn more about the Ixchel as they fight for survival against the Chathrand's rats, discover the true motives of conspirators, live with Thasha and Pazel as they face death and deceit, and as the Chathrand sails into the infamous Ruling Sea.

Robert V.S. Redick works as editor for the Spanish and French websites of Oxfam America and as an instructor in the International Development and Social Change program at Clark University. Born and raised in Charlottesville, Virginia, he lives in rural western Massachusetts. His unpublished novel Conquistadors was a finalist for the 2002 AWP/Thomas Dunne Novel Award, under the title Wilderness.