Eoin Colfer signing And Another Thing 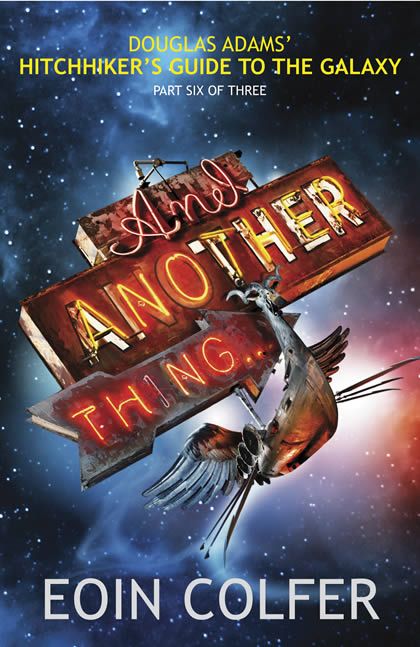 In a record-breaking event in 1980, the late, great Douglas Adams did a legendary signing at Forbidden Planet on Denmark Street, London – a signing that took up half-a-dozen pages in his biography.

It’s a very special moment for us to be welcoming Eoin Colfer, signing the sixth book in the Hitchhiker’s Guide to the Galaxy trilogy And Another Thing at the Forbidden Planet Megastore, 179 Shaftesbury Avenue, London, WC2H 8JR, on Wednesday 14th October 6 – 7pm.

Adams himself said that the Hitchhiker’s series deserved a sixth book to end the story on an upbeat note; Eoin Colfer, best known for his wonderful Artemis Fowl series, is true follower of Adams’ legacy with his views of the absurdities of life, the universe and everything. There is no better person to be taking Arthur, Zaphod and Marvin out into pastures new.

A lifelong Hitchhiker fan, he said, 'Being given the chance to write this book is like suddenly being offered the superpower of your choice. For years I have been finishing this incredible story in my head and now I have the opportunity to do it in the real world.' Prepare to be amazed!